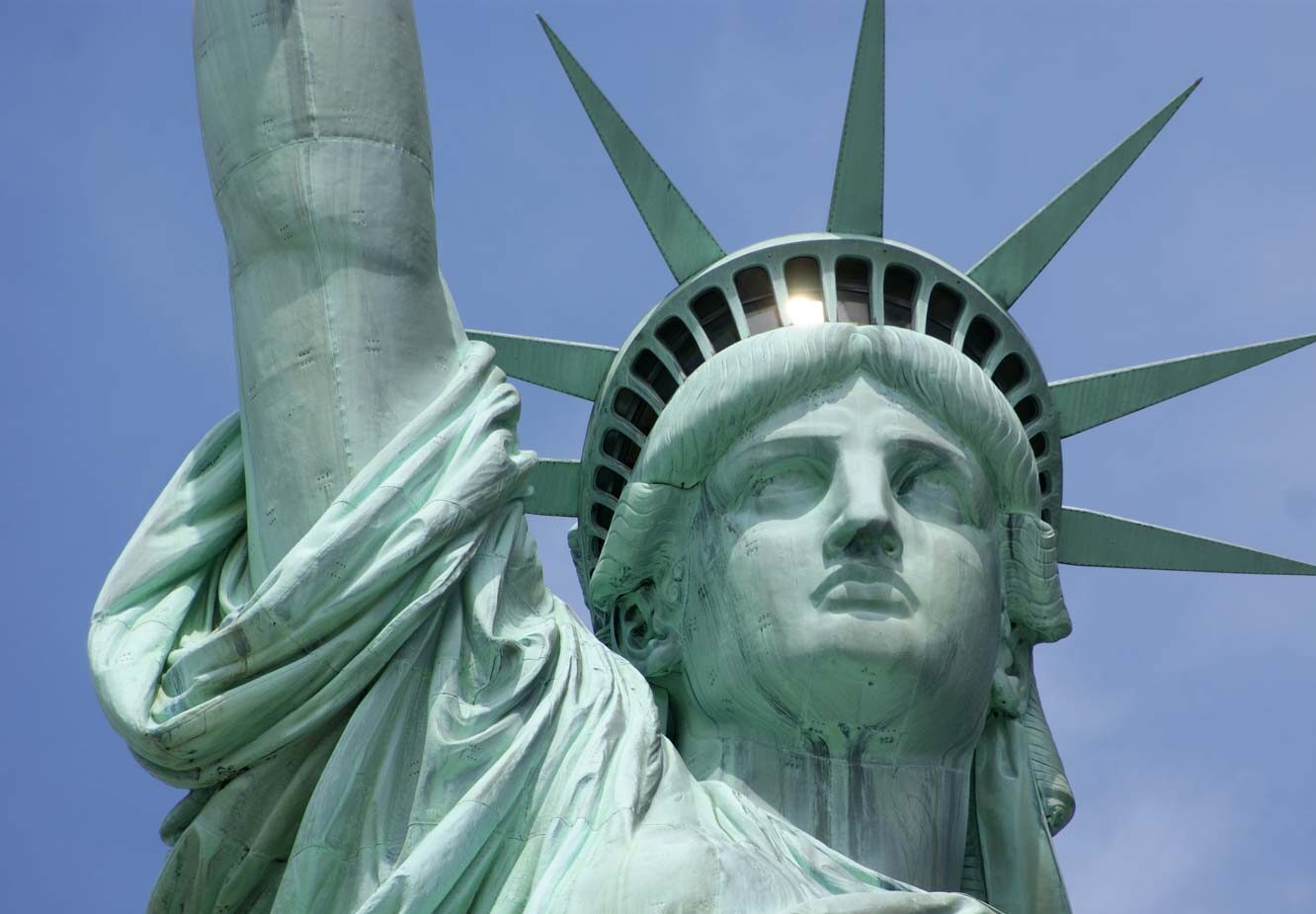 135 Years of Liberty Enlightening the World

Since 1982, The Statue of Liberty-Ellis Island Foundation has partnered with the National Park Service to care for one of the world’s most beloved symbols-Liberty Enlightening the World.

Some exciting activities were initiated in conjunction with her 135th birthday (October 28):

We encourage you to explore these projects and invite you to scroll down to learn more about the Statue’s history and influence.

Thank you for your support.

How it all began

In 1865, Édouard de Laboulaye, a French political intellectual and activist, proposed gifting the United States with a statue honoring the centennial of America’s independence, the abolition of slavery, and the long-standing friendship between the two nations.

A History of Public Support

Upon accepting the Statue from France, the U.S. committed to paying for the pedestal’s construction. The project’s organizers anticipated support from New York’s many titans of industry or the U.S. government. However, neither heeded the call. In 1885, as the Statue sailed to America, the pedestal was incomplete.

Hungarian immigrant and newspaper publisher Joseph Pulitzer saw this as an opportunity. “[It would be} an irrevocable disgrace to New York City and the American Republic to have France send us this splendid gift without our having provided even so much as a landing place for it,” he proclaimed.

Pulitzer inspired small donations from millions of Americans, printing in his newspaper, The World, the names of every contributor. His plan was a huge success, raising the remaining funds in a matter of weeks.

In 1982, The Statue of Liberty-Ellis Island Foundation was established to raise funds for and oversee the Statue’s historic centennial restoration.  Once again, Americans rose to the occasion.

With individual contributions, purchases of Liberty commemoratives, and corporate donations, the Foundation raised the needed funds, completing the restoration without any government funding.

The nation celebrated together over Liberty Weekend in July 1986. Ships of all sizes gathered in New York Harbor, concerts marked the milestone, and unprecedented fireworks lit the sky in honor of our cherished statue.

With ongoing support from our generous donors, the Foundation has continued pursuing its mission of preserving this beacon of hope. Contributions have supported hundreds of projects large and small, implemented in collaboration with our National Park Service partner.

Our latest major initiative is the Statue of Liberty Museum, which opened in May 2019. Millions of dollars in donations, commemorated with a series of collectible medallions, made this award-winning museum a reality.

Harkening back to Pulitzer’s campaign, the Foundation conducted its first crowdfunding campaign and added the name of every donor giving at $18.86 to the museum’s “Founders Registry.”

Light Up The World

The Statue’s torch is a symbol of enlightenment, lighting the way to freedom and showing us the path to Liberty. The current torch, which was replaced in 1986 during the Statue’s centennial restoration, has a copper flame covered in 24K gold. It reflects the sun’s rays in daytime and is lit by 16 floodlights at night.

On a snowy day in November 2018, the Foundation led the effort to transport the original torch from the Statue’s pedestal to its new home in the Inspiration Gallery of the Statue of Liberty Museum.

With its seven rays, many believe the Statue’s crown represents the seven seas or seven continents. However, research has not confirmed this. Rather, it symbolizes a radiant halo, or what in art is called a nimbus, showing she is divine.

There are 162 stairs from the top of the Statue’s pedestal to the crown. They form a double-helix, from which visitors can view the interior iron framework designed by Gustave Eiffel, whose famed Tower was completed nearly three years later for the 1889 World’s Fair.

We hold these truths...

The success of American democracy was of great inspiration to Laboulaye. When he conceptualized the colossal gift in 1865, Laboulaye hoped it would be completed in time to mark the centennial of our nation’s Declaration of Independence.

The years required to plan, design, fundraise, and construct Lady Liberty delayed the presentation by more than a decade. Still, Laboulaye and Bartholdi sought to commemorate our nation’s founding by featuring July IV MDCCLXXV on the Statue’s tablet.

Laboulaye was a staunch abolitionist. In fact, after the American Civil War he presided over a committee to raise and disburse funds to the formerly enslaved.

Laboulaye saw the Emancipation Proclamation and 1865 passage of the 13th Amendment as reaffirming the ideals of freedom and democracy in the U.S. He argued that honoring America would strengthen the cause for democracy in France.

Although millions turned out to commemorate the Statue’s unveiling on October 28, 1886, not everyone was enamored with the new colossus.

Many women’s groups protested the bitter irony of celebrating the image of a female Liberty while women in the U.S. were denied the right to vote. Adding to this, just two women were among the 2,500 guests on Bedloe’s Island that rainy October day – Bartholdi’s wife, Jeanne-Emilie, and Tototte de Lesseps, the teenage daughter of Ferdinand de Lesseps, who’d served as head of the Franco-American Union. Even the wives of the American Committee were left to watch the proceedings from a boat anchored off Bedloe’s Island.

The nation’s Black community also felt the harsh sting of reproach. When conceptualizing a gift from the people of France to the people of the United States, Laboulaye was honoring the long-standing relationship between the two nation’s as well as America’s centennial. He was also greatly inspired by the recent emancipation of enslaved people, symbolized by the broken shackles at the feet of Lady Liberty. Yet freedom and equality were far from realized.

Visit our Educational Resources to discover the Statue of Liberty in a new and innovative way with a unique AR experience (iOS) and a first-of-its-kind interactive experience that takes you on a virtual tour of Lady Liberty.

“Climb” up her double helix stairway and examine the folds of the copper and armature bars that form the Statue’s shape. Explore a rich curation of stories and visual media covering the Statue’s history.

Take a virtual tour of the Statue of Liberty Museum, with detailed views of the original torch and replica of the Statue’s face, which was crafted during the centennial restoration. A 360-degree visual from the Liberty Vista atop the museum offers stunning images of New York Harbor and Lower Manhattan.

Be a Part of the Statue's Future

The Statue of Liberty-Ellis Island Foundation is resolved to keeping Lady Liberty standing tall, ensuring she is forever a beacon for all. We pursue our mission diligently, and since 1982 have successfully expanded Liberty Island’s educational footprint, opened a thrilling museum, improved accessibility, and ensured the monument remains properly cared for. But there’s still work to be done. Please become a Member and help us preserve the Statue of Liberty and Ellis Island for future generations.
Become A Member